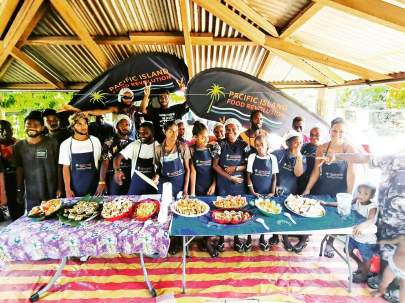 Pacific Island Food Revolution (PIFR) has collaborated with The Asia Foundation to design and foster projects like the Sanma Food Revolution (SFR). As Sandra Kraushaar from the Asia Foundation says “We know that Pacific development challenges can be addressed through Pacific solutions; the know-how, the networks, and creativity are already here – we just need to tap into them and amplify their innovations. This works on so many levels, it addresses NCDs, gender equality and inclusion, supports and promotes localisation, food sovereignty and resilience. It’s more than a cooking roadshow – it’s a model of how development can be done differently.”

Sanma is a province on Vanuatu’s largest island, Espiritu Santo…and it’s now the home of a local food revolution!

During filming of PIFR Season 2 in Vanuatu, contestants Basil Leodoro and Primrose Siri struck a bond. While not in the same team, as Basil said “I kept looking over at Primrose’s cooking bench and saw the innovative and healthy dishes she was making using the humblest of local crops and thought to myself - she has the magic touch!”

Basil, a doctor by profession, and Primrose, a professional chef, realized that the food they were cooking and indeed the message of Pacific Island Food Revolution was needed in the communities that they regularly engaged with. So they hatched a plan. With Primrose’s dishes and Basil’s medical knowledge, a local revolution roadshow was dreamed up. A small team was put together - a manager, a driver and with a handful of Primroses recipes and a basic kitchen set up, Sanma Food Revolution was born. “We are asked by local communities at a grass roots level to come and cook with them. They had seen PIFR on TV and they wanted a revolution of their own. "We work with churches and schools and with the Sanma Women’s cricket team, and together we cook and laugh and revisit our food culture. We know we need to get people eating their own food again and away from the unhealthy refined foods that have taken over….and its working! There is so much creativity in our culture. We can do this!, “ shared Dr Basil.

SFR is essentially a traveling roadshow, inspired by the message of PIFR, on the major island of Espiritu Santo. The Asia Foundation supports management and logistics, PIFR advises on approach and communications, the communities and municipalities contribute food and venues, and SFR puts on the roadshow events that make the magic happen. 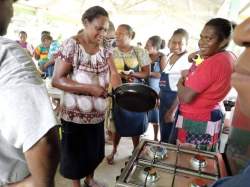 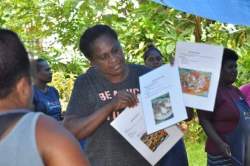 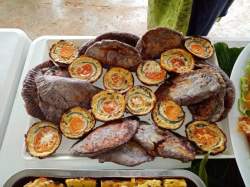 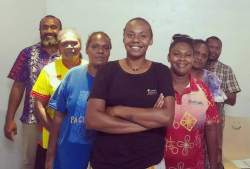