From Desk Job to Farm Work

Joining the Front Lines of the Food Revolution

On a cold Saturday morning, Kelepi Rakabikabi is setting cassava, sweet potatoes, dalo and greens on his market table. He wipes his brow as he glances at his mud-stained watch just as it strikes 7 o’clock. As if on cue, early morning market shoppers begin to slowly fill the Suva Market bustling about in a hive of activity purchasing a wide array of fresh fruits, vegetables and sea food.

Mr. Rakabikabi greets his first customer who purchased a heap of his root crops. This is a far cry from his previous corporate job with the Fijian Holdings Limited, a multi-million-dollar investment company.

“It seems like it was a life time ago,” laughed the 35-year-old. But it has only been two years since Mr. Rakabikabi traded in his suit and tie for overalls and gumboots.

“Some of my family and friends were shocked. They weren’t sure if I was making the right decision. But after careful planning, I was very sure that this was right for me,” he said, smiling from behind his table.

Mr. Rakabikabi’s decision to become a farmer full time was not exclusively attributed to his desire to run his own agribusiness. He also wanted his family and networks to have an appreciation of local food.

“It disturbs me to see Fijians eating instant noodles and tinned meat because these processed foods are not good for consumption. Many Fijians are dying in their 40s and 50s because of their poor eating habits and sadly, there’s no effective campaign that aims to promote our local farmers’ produce which is grown locally and is very healthy,” he said.

“I was so pleased to see Pacific Island Food Revolution on our TV screen because they were cooking Fijian food that local farmers grow and in doing so they’re promoting our food to thousands of Fijian homes,” he added.

The reality show and communications campaign promote eating local food while helping to revolutionise Pacific diets by shifting away from imported, highly processed foods and returning to their traditional nutrient-dense local superfoods.

For Mr. Rakabikabi, the show was an answer to his prayers. The father of three now encourages his family to appreciate local food and he only hopes that other Fijians would follow suit.

“Ultimately, it starts from the home. If we encourage our children to buy local produce and cook local meals, they will follow that when they become adults. But if we as parents set a poor example by making bad food choices, then we will raise another generation of Fijians who will be impacted by diabetes and high blood pressure,” he said.

Most Sundays, the Rakabikabi family could be seen in front of their TV set cheering on their favourite Pacific Island Food Revolution contestants while oohing and aahing over the contestants’ recipes.

“Pacific Island Food Revolution is such a wholesome family show and it gives my wife and I ideas to improve our home-cooked meals. I also appreciate the show’s promotion of local food because more Fijians will start buying from local farmers such as me and, in doing so, contributing to the Fijian agriculture sector and economy,” he said.

“I now want to enlist to be on the frontline of this food revolution by growing, cooking and celebrating our healthy, local food. I encourage all Fijians to do the same because it benefits us all.” 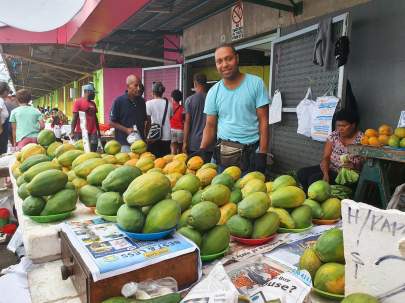 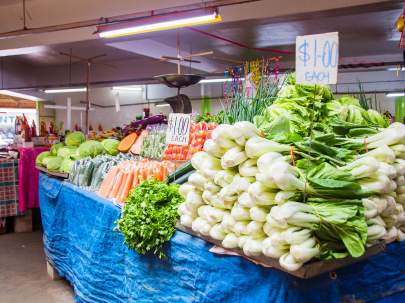