When Votausi Mackenzie-Reur started promoting Vanuatu indigenous cuisine three decades ago, she never predicted that local Ni-Vanuatu food would be viewed by thousands of people on their television screens in Vanuatu and around the world.

“For so long, our people have associated foreign processed food to a high social rank and status, and said that their traditional food is meant to be consumed in the villages not in the city. I find it ridiculous! This idea that fast food and sugary drinks are fashionable is silly. It was most discouraging to hear my people say this,” she said.

“But when Pacific Island Food Revolution hit our television screens proudly showing healthy, wholesome Vanuatu food I was just thrilled. And what’s more I get to be co-host with my dear friend and fellow Pacific food champion Robert Oliver!”

The reality show and communications campaign promote local food, and supports the people of the Pacific revolutionise their diets, shifting away from imported, highly processed foods to return to their traditional nutrient-dense diet of local superfoods.

“There are people like me in the Pacific who are proud of our local food and are promoting it in our community but have limited resources to influence the whole island. Thankfully, the show can showcase healthy local food that are easy to prepare,” she said.

“Many people stop me on the streets of Port Vila to say hello because they’ve seen me on the show. During one such encounter at the market, a young man thanked me for helping his family appreciate Vanuatu food. He was there to purchase vegetables and fruits to use in their kitchen. He then pointed to his waving children in a truck who were happily eating raw peanuts. He then said: ‘We have since learned to eat better.’ That is the impact of Pacific Island Food Revolution!”

After her appearance on the cooking show, Votausi was invited by the Vanuatu Government to develop an agritourism case, supporting the tourism industry implement the government’s sustainable tourism policy. She and her team will work on developing an agritourism value chain analysis on slow food which promotes locally grown and bought food that improves health and preserves biodiversity.

Through this project, she will link local farmers and suppliers with hotels and resorts and, in doing so, improve the net profitability of the 700-1,000 Vanuatu farmers that she works with.

“I’ve been working in this space for over thirty years and I have only managed to gain this traction with our government thanks to the support of Pacific Island Food Revolution. If it were not for this project, I would not have been able to contribute to the agritourism sector of Vanuatu,” she said.

She has since been featured in local media discussing local cuisine and was appointed by her government to join the committee organising the International Sustainable Island Tourism Conference in Vanuatu in 2019.

In November of 2019 at a special ceremony, the 59-year-old was awarded the Order of Vanuatu by President Tallis Obed Moses for her distinguished service to Vanuatu’s agritourism sector.

“I was completely taken by surprise,” Ms. Mackenzie-Reur emotionally recounted. “I did not imagine that this little girl from Malo island would one day be honoured by our president. To be acknowledged for promoting Vanuatu food by our president is a massive boost for the food revolution in my country,” she said.

“But the food revolution won’t happen overnight. It needs people like Robert Oliver and projects such as the Pacific Island Food Revolution to help turn the tide away from processed food towards local healthy food. And having been involved in this fight for over thirty years, I am beginning to see a change.” 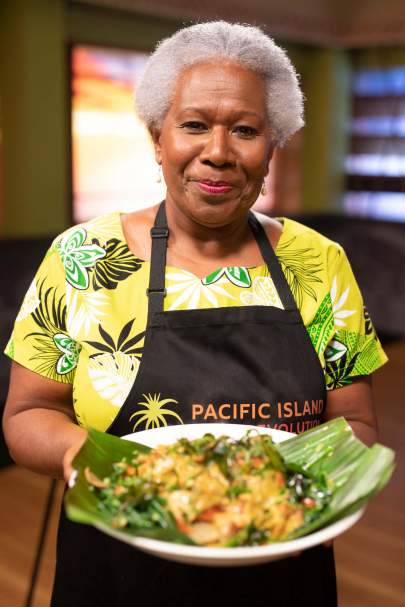 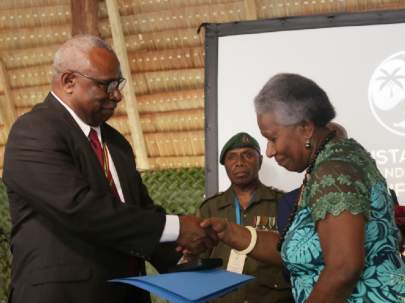